In Part 1 of this blog series, The Laws of Power: Be Enabler vs. Disabler, I looked at the concepts of enabling or disabling those on your team. These articles look at aspects of leadership and power within the context of Robert Greene’s The 48 laws of Power (1998). In this article, I would like to show how the first ‘Law of Power’ is fundamentally flawed from two directions.

“Law 1: Never Outshine the Master. Always make those above you feel comfortably superior. In your desire to please or impress them, do not go too far in displaying your talents or you might accomplish the opposite – inspire fear or insecurity. Make your masters appear more brilliant than they are and you will attain the highest heights of power.”

This sentiment is easy to understand. Don’t undermine your boss; don’t make him/her look bad; don’t show your true skills if they highlight his/her shortcomings. That way, according to Green, you will do well and progress in your chosen career. Really!!!

We have to look at this law of power from two perspectives: from that of the ‘underling’ and that of the ‘boss’.

Let’s imagine first that you are the employee with the “fragile-egoed” boss. In most hierarchical structures, it is a fact that when a team does well the boss receives the credit as the leader of that team. If you don’t like this, then go and work for yourself! Equally, when things are not going so well, although you may not see it, the boss will take the flack. If you get into a battle of egos with your boss, make no mistake, you will lose. So, should you simply undersell yourself and receive no credit for your talent, so that the boss doesn’t feel insecure? This is the recipe for a lose/lose situation. If you do not put your talent to good use within the team, no one benefits, and the team will not meet its goals. In my experience, humility is not invisibility, and talent will come to the fore. Lao Tzu expressed it this way, “He is free from self-display, and therefore he shines.” 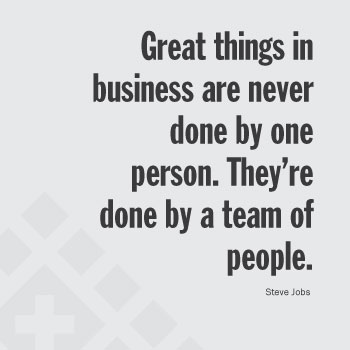 So, what if you are the Manager? Ask yourself the question, “How did I get into this position?” Managers who exhibit this kind of fear and insecurity may have arrived at their exalted position thanks to the Peter Principle. Named after its exponent, Laurence Peter, in 1969, the Peter Principle describes how people are promoted to their level of incompetence, and then left there. So, they repeatedly do well in a post and are promoted until they reach a position which is beyond them. They cannot now be moved up the way, and they are left in this position. Even though the demands of the post may be beyond you, you can still be smart, and look at how the team can make you look good. Surround yourself with people who are talented; support them, encourage them. Once you feel threatened by the people around you, you destine the team to underperformance, dissatisfaction, lack of fulfillment in their jobs, and they will begin to look elsewhere at another company which will appreciate them.

When a team wins, all share equally in the victory, regardless of the level of their contribution. Sometimes one person will shine, sometimes another, but the victory belongs to all equally. If one fails to play their part because of false modesty, or another because of arrogance, the team loses, and all lose equally.

Humility is a quality which, I believe, deserves to be cultivated, but this is in no way suggests limiting your potential. So, sorry Mr. Greene, but I think that your soap opera philosophy of power might work well in your world, but not in mine.