They have been nominated for the academic and professional merits demonstrated during their university studies at Les Roches Marbella and during their internship periods in the five honorific categories of Eta Sigma Delta (Service, Creativity, Excellence, Leadership and Ethics).

This year’s honorary member was granted to Mr. Pedro Hidalgo, Human Resources Director of Kempinski Bahia Hotel in Estepona. Kempinski Bahia and more specifically, Mr. Hidalgo’s department, has worked closely with Les Roches Marbella for the past 15 years, having recruited more than 150 of our best students during that span. Mr. Hidalgo’s commitment to the Society’s five principles and longstanding career in hospitality made him an admirable choice for the honorary membership.

Founded in 1978, Eta Sigma Delta is an international hotel fraternity that recognizes the academic and professional excellence of hotel management students from the best universities in the world. The invitation to be part of the fraternity is the most important honorific recognition that any student or professional in the sector can obtain. The students invested members of this Fraternity become part of a very select group within the international hotel industry, nominated for their academic and professional merits during their stay at the university and internships. 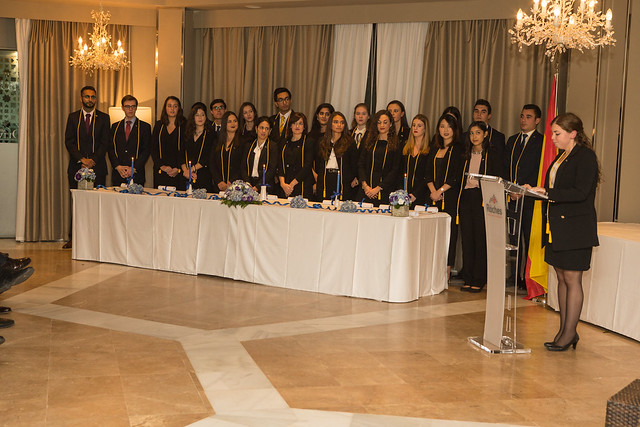