After graduating from Les Roches in 1989, Rami Sayess’ career has taken him across the globe, from Europe to the Middle East and Asia. Now in a leadership role at Four Seasons Hotels and Resorts, his rise to the top started at the very bottom. He attributes his success to a step by step approach, learning from leaders and building a strong network. Sit down and buckle up, this alumnus’ career is about to take you around the world.

“I am currently Regional Vice President and General Manager at Four Seasons Hotel in Beirut. I manage the property in Lebanon and oversee several other hotels within the Europe, Middle East and Africa region”, Rami said.

Rami’s story is an example of the experience-rich career path endorsed time and again by leaders in hospitality. From the kitchen to the board room, he has committed himself to each role and learned invaluable lessons. “My journey was pretty unpredictable and exciting, I took it one step at a time not knowing what was next and I was very mobile and open to changes.”

This is Rami Sayess’ success story, in his own words.

‘No two days are the same’

“After Les Roches I started right at the bottom as we all do, initially in the kitchen. After a stint in food and beverage I moved to rooms division and eventually sales and marketing, and back to operations. That’s the beauty of our business, no two days are the same.“

“My initial job in the kitchen was with InterContinental hotels in Germany, because I wanted to learn German. Then I moved to Geneva, still with InterContinental and eventually to London, that’s when I moved from food and beverage into rooms. After a couple of years in London that’s when an opportunity came up in Dubai, and Dubai wasn’t as popular as now. I took up the challenge, moved into sales and spent three years in Dubai before the opportunity came up in Mauritius.”

In just under 10 years from graduating, Rami’s career had seen him work in London, Dubai and Mauritius, in three different departments, from kitchen porter to Director of Rooms. Testament to the fact that a Les Roches education combined with hard work makes amazing, international careers possible in a short space of time.

“I had no idea where Mauritius was at the time, there was no Google so I really had to get the world map and find where Mauritius was. I moved there as Director of Rooms, spent a couple of years and moved back to London, joining the Mandarin Oriental in Hyde Park as Sales and Operations Manager.”

Heading home, but not for long

“After three and a half years in London, I moved to Bahrain as Hotel Manager with the Royal Meridian which is now a Ritz Carlton. I spent two years there and then moved to Beirut. It was the first time that I had moved back home after 17 years, to be part of the pre-opening team of the Mövenpick hotel in Beirut. That was quite exciting for three and a half years, then becoming a General Manager with Mövenpick in Kuwait.”

Rami has had a stellar career, leading teams at some of the most prestigious hotel brands in the world. His story is a who’s who of countries, companies and career moves.

[quote]In 2005 I finally joined Four Seasons in Amman, Jordan as Hotel Manager. I spent two years there then moved to Riyadh in Saudi Arabia as General Manager. After four years and a multimillion dollar renovation, I moved as a Regional Vice President and General Manager to Bangkok. I was overseeing all the Four Seasons resorts in Thailand.[/quote]

“Three years later I moved to Doha in Qatar and for the past two and half years I have moved back once again, home to Lebanon.”

If your head is spinning, you are not alone. Rami’s career has been one of constant ambition and development, always delivering and always moving forward. He has worked with visionary leaders, led successful teams and is committed to creating a future generation that will continue to shape hospitality. And he believes those future leaders will graduate from Les Roches.

Why do you recommend Les Roches?

“The one reason that makes me recommend Les Roches, as I have done with my nephew who just graduated last December, is the fact that Les Roches brings you down to earth. It really prepares you well to realize that, despite the fact that you’re going to graduate from what is recognised as one of the best hotel schools in the world, you still have to start from zero.”

What is the secret to a successful career?

“The most important way to be successful is to really learn from other people and be well-connected, whether it’s for a job opportunity or for some advice that you need. I personally have been very fortunate to keep in touch with the Les Roches alumni since I graduated almost 30 years ago, and that has been very beneficial.”

What is the secret to a successful hotel?

Thank you to Rami for taking the time to share his amazing career story with us, and it is not over yet. We will check back for an update in five years – who knows where he will be! 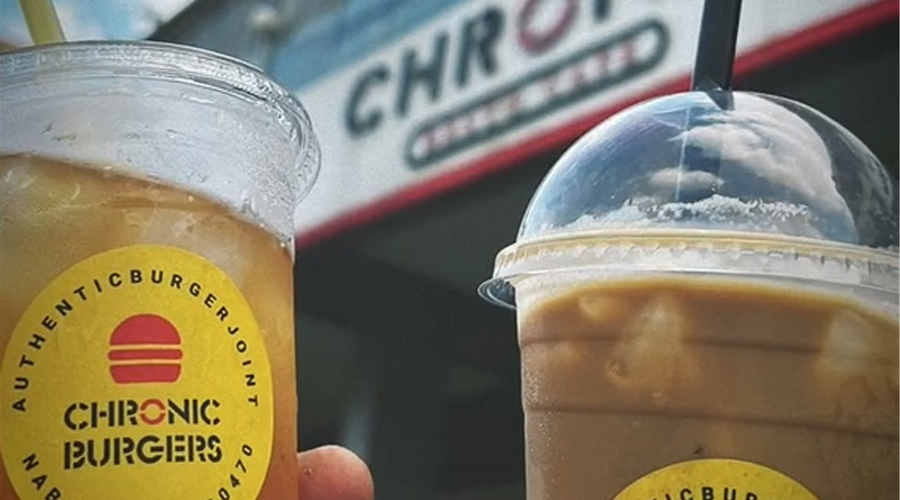