As a hotelier by profession, one of the best experiences I would recommend is to be part of a pre-opening team of a new hotel property. When I heard that the Four Seasons Hotel and Residence was finally opening in my home city of Kuala Lumpur, I knew I had to be part of the most momentous hospitality project in town. I was so glad to have my application accepted in February, just five months before the soft opening. I’ll share my experiences with you about opening the hotel, so if you’re interested in how to open a hotel – keep reading:

Want to know how to open a hotel? Work in a hotel before it’s open

I was employee number 49 when I arrived at the pre-opening office. The Rooms Division team was only made up of nine people across six departments – Guest Relations, Executive Club, Housekeeping, Laundry, Concierge and Front Office. There was plenty to do, including understanding the brand culture, reading the core standards and Standard Operating Procedures, and localising all of the information.

[quote]Despite the uncertainties, I enjoyed the pre-opening experience very much as it allowed me to develop new skills.[/quote]

In addition, a lot of research had to be done into how things work, such as registration cards, upsell procedures and more, which connected us to counterparts from other Four Seasons hotels. A lot of imagination was also required to visualise service flow, as we didn’t have access to the building – all we had was the floor plan shared by the designer.

One more tip on opening a hotel: start networking now

The great thing about starting off when the team is small, is you get to know everyone across the different departments. We shared the same working hours, break times and days off (yes, weekends!). The company was also really kind in promoting and organising various team building activities, including weekend runs and trampoline jumping to help build the team spirit. It was a great reward for all of our hard work whilst construction was still ongoing. 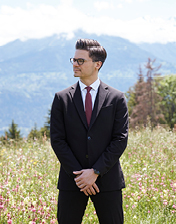 5 things you should know about how to open a hotel

After opening the hotel, I learnt a few important things:

Despite the uncertainties, I enjoyed the pre-opening experience very much as it allowed me to develop new skills. In particular, I was able to implement various initiatives, including leading the team on Front Office day-to-day processes, and ensuring colleagues met Four Seasons’ service culture standards, as part of my role as designated trainer.

We may be just six weeks’ young, and are still facing various teething issues, but a very respected senior leader gave us this perspective: for an opening hotel, it usually takes six months for the operations to stabilise and another two to three years for the property to mature. Opening a hotel is like looking after a newborn child – it’s about being patient and adapting to the feedback provided, so you can find your feet over time.